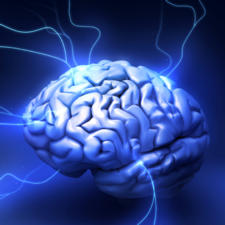 London, Nov 5 (IANS) Jolting the brain with an electric current can make it good or bad with numbers, depending on the spot where it is applied, study shows.

Oxford University and University College London students agreed to have a current passed through their brain while they did numerical tests.

Passing the current one way through the brain made the students better with figures – and the effect lasted for up to six months, according to the Daily Mail.

But running the current the other way made them dramatically worse, reports the journal Current Biology.

‘The opposite configuration led to under-performance, comparable to that observed in young children or in indigenous tribes with rudimentary numerical skills,’ researchers said.

The aim was to find out if it was possible to shock the mind into becoming better at maths, leading to new treatments for dyscalculia, or ‘number blindness,’ the mathematical equivalent of dyslexia.

Experts said that the ability to ‘turn up’ and ‘turn down’ parts of the brain at will open the door to treating a range of problems, from dyscalculia to stroke-related visual damage.

But they cautioned that it is not entirely clear how the current affects the brain. And they questioned whether those given the ‘reverse’ current were ‘still abnormal’ months later.

These findings are based on experiments with a group of students aged 20 and 21, who were given two mathematical puzzles almost daily for a week.

Cohen Kadosh, from University College London, said: ‘We are not advising people to go around giving themselves electric shocks, but we are extremely excited by the potential of our findings and are now looking into the underlying brain changes.’