He is faster than a calculator. Give him two 500-digit numbers in two rows and he can subtract the second from the first in 200 seconds flat. Meet 50-year-old Viraf Daruwala (Nalladaru), Surat’s ‘man of subtraction’, who is vying for a record in the Guinness Book of World Records.
A Parsi, Viraf is a former employee of Surat Electricity Company (SEC), now Torrent Power SEC. His passion for digits started on the job while he was reading electricity meters. Viraf developed the knack of subtracting big numbers without using a calculator. He began by subtracting five-digit numbers in just two-and-a-half seconds. 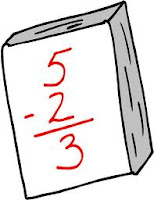 In 2005, his unique subtraction feat got him an entry in the Limca Book of Records for subtracting 60-digit numbers in 30 seconds flat. Since then he is trying hard for the honour in the Guinness Book of World Records.

Bawaji, as he is known, belongs to a middle-class family, and works as a private electrician. However, most of his time is spent on digits. “Those who know me call me ‘a man of subtraction’. I am specially called in the birthday parties by our community members, wherein I am asked to perform the game of subtraction for entertaining the kids,” Viraf said.

It was after some suggestions from his friends that Viraf started surfing the net to check whether there were any world records in ‘his field of subtraction’. His long search led him to one Shakuntala Devi, who has set a record for multiplication and addition.

“I wanted to do something different. Subtracting 5 from 2 is simple. But it becomes difficult to subtract 2 from 5 and that too when you have 500 such digits in two rows,” Viraf said.

Viraf is likely to be called by the Guinness Book record management team to perform the feat in the presence of experts in the next few weeks. “I am eagerly waiting to visit the Guinness World Record bureau in the UK. I will be the first to perform from Surat to hold the record and I am feeling very proud,” Viraf added.

The Vedic Maths Forum India wants to encourage Viraf and other students for a feat in Subtraction. This feat can be easily done with the help of Vedic Mathematics Sutra ” All from 9 and Last from 10″.