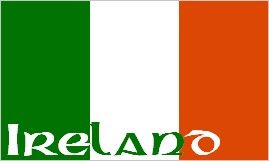 LAST week Ireland’s educational image took another battering in the Performance International Student Assessment (PISA) 2009, a three-yearly global league table from the OECD. Ireland’s scores in maths dipped since the last survey, from 16th to 25th among the 34 OECD countries.
Our country’s plummeting aptitude with numbers not only permeates our school system right up to university level, but also is apparent in Government circles. Last week’s Budget could be seen as a consequence of a government with a history of being either unable or unwilling to do some basic arithmetic.
Maybe it’s time for all of our school maths textbooks to have their examples updated. Instead of problems involving euro and cent, we’ll have ones involving billions of euro. Problems like: “What’s the compound interest on €85bn over seven-and-a-half years at 5.83 per cent interest?” Or how about: “Brian buys a bank for €1bn and sells it for 6 cent. Calculate the percentage loss.”
Last February, the Engineers Ireland Report on mathematics education at second level identified a trend over the last 10 years towards learning things off by heart as being at the root of our deteriorating maths standards. “Engineers Ireland is concerned at the extent to which ‘rote learning’ is a teaching mechanism at second level for mathematical subjects rather than ‘learning by understanding’.”
As a maths teacher, I subscribe to the credo that if you don’t understand it, don’t bother learning it. Or at least find someone to try to explain it to you first before committing it to memory.I’ve been fortunate in having had a succession of brilliant maths teachers, none more so than Dr Sara McMurry, whom I encountered during my physics degree in Trinity. Sara taught me most of the “difficult” maths-heavy courses such as quantum mechanics. She has the rare ability of being able to effortlessly carve through mathematical jungles, rendering them comprehensible to the diligent student.
Her latest textbook, Maths as a Language, has just been launched. Dr McMurry was prompted to write Maths as a Language after her increasingly frustrating experience of trying to teach surprisingly basic concepts to aspiring first-year physicists. Sara recognised a need for a book that explains simple, yet crucial, maths concepts that have been neglected, buried or mishandled by the secondary school system.
The maths teacher in me was itching to ask Sara which concepts in particular were causing grief to modern undergraduates. I still labour under the notion that you have to love maths, or at least to be very comfortable with it, in order to study physics.She said: “Well, let’s see, of course there’s total confusion with sines and cosines and how to deal with powers, but you can more or less expect that nowadays. It’s when it gets down to the level of plotting graphs of straight lines and quadratic functions or an inability to manipulate basic algebraic expressions that it becomes more worrying.”
But all of that stuff is on the Junior Cert, I protested. Surely most kids in the country can draw the U-shaped graph of the quadratic function?Sara explained to me that those students had certainly learned to draw quadratic graphs in school, but it was quickly forgotten by the time they got to college.
The plummeting standards get worse. Basic arithmetic has become a problem for some of today’s science students. “We’re not talking about adding and subtracting?” I asked, getting a bit panicked. “Well, yes. Not only have students become overly reliant on their calculators, but they blindly trust them without thinking whether the results they present are sensible.”
Sara noticed that it was taking students several minutes to do simple calculations that similar groups could perform in seconds a few years previously. One day she asked her students how many of them counted their change after they had bought something. Not one did. That particular Celtic Tiger habit may well change post-Budget.
Sara told me another story that illustrates the problem. One summer she was helping a first-year student to pass his re-sits. The student was frustrated trying to remember everything. Sara taught him how to solve problems by actually thinking about them, a process which came as a complete revelation to him. “It never struck him that it was possible to work things out!”
‘Maths as a Language’ is available at the library bookshop in TCD or through www.physics.tcd.ie/books
Source: Sunday Independent
– The Vedic Maths Forum India

The Hindu: ‘Everything Vedic in ‘Vedic Maths’

Mathematics is no longer inspiring in school