I think this is by far one of the most important posts I am going to make from HongKong related to the Number 9. My lecture at the University went well and I have been not keeping well and staying indoors. But I have been surfing and have been intrigued by this Child Prodigy for some time since I came to know about him few days back and thought should let you know about his amazing discoveries about the number 9.

Bizza’s discovery is of OneEye (1i) and how it starts from Number 9 and the discovery of a amazing graph found in our times tables. Our own Times Tables!

He also delves into the mysteries of the universe and unexplained phenomenons, which intrigues many of us like galaxies and crop circles.

But before we go ahead lets see what “OneEye” is 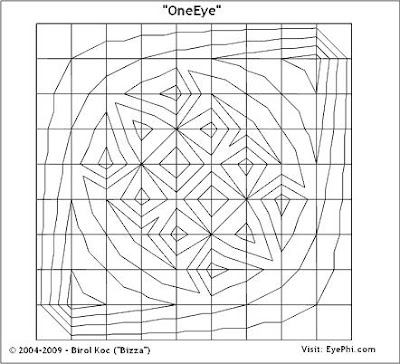 Lets learn from Bizza as to How he Discovered “OneEye”

I discovered the graph of OneEye around early Nov-2004 after a freak question my close friend (Fred Rouda) asked me about the number 9. He asked, “Do you know anything about the number 9?” knowing I love things like this. I answered, “no, except it’s an upside down six.” He then said, “There’s something weird about it. Did you know, when you multiply 9 with ANY number, the resulting digits ALWAYS add up to 9?” I answered with a simple…”wow”, so I tested it. Let’s see… 9×4=36, which =9 (when you add 3+6). Again 9×42=378… now 3+7+8=18…and 1+8=9!!! See? Trust me I did an excel calc and found it does this till infinity (not that I could!). All multiples of 9 always add up to 9 with the resulting added digits. This concept is also known as the “Rule of 9”. Now how did the graph appear you ask?
Well, being the insatiable inquisitive me… I hopped on my computer and thought I’d see what happens with all the basic numbers in our times tables, as this 9 theory really boggled my mind and invigorated it as well. I looked at all the numbers in our times-table and found that a pattern appeared where I added all the digits for each number. I found that the resulting numbers keep repeating after every 9th column/row in our times tables: 123456789
246813579
369369369
483726159
516273849
639639639
753186429
876543219
999999999 This pattern repeats over and over. I later found that this is also know as the “Vedic Square”. Now this is where I thought, I’d graph this section to see what comes up? Scatter graph, nothing, Line Graph, nothing, Bar, Pie graphs, showed nothing but straight lines and circles. Then…. I tried the WireFrameContouring graph and whoalla! Out popped this eye! My jaw dropped and I ended up staring at it for a good 2 hours wondering what the heck it was? It was after this little discovery that more weird things started to happen and eventually I realized this was my own spiritual journey. It was the weirdest year following after this but I won’t go into it now (but will eventually). But remember that it all started with one number….the number 9! To do this yourself, all you need is a Microsoft Office Excel program. Here is a step-by-step instruction on how you can do this too:
Step 1Open the Excel programStep 2 Write down the numbers from the times-table starting from 1x’s to 9x’s into each cell. It should look something like this so far: 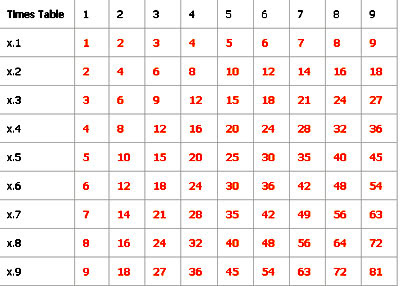 the numbers after x9 repeat, like 10x’s results in the same sequence as the 1x’s and 11x’s = 2x’s etc, so you get it repeating once you reduce each number to its single digit root. Therefore, we will only use the 9×9 square – this will become evident further on to you).

Miscellaneous (will be categorised later)

I would like to invite all of you to visit Bizza’s website www.eyephi.com which was launched on 9/9/9 because of obvious reasons. If you would like send him a message of encouragement let us know and we’ll pass it across. Bizza hopes for a million Twitter Followers. Perhaps you can help him by following him on https://www.twitter.com/_Bizza_

Thanks and have a Nice Day
Gaurav Tekriwal
www.vedicmathsindia.org