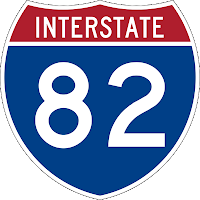 Welcome to the 82nd
Carnival of Mathematics. As the tradition goes we begin by stating some trivia about the number 82.
82 is a Happy Number .It is also the 23rd biprime and if you consider physics for a while , 82 is the sixth Magic number.

Magic,Maths and Happiness reminds me of the great Martin Gardner and his legacy.
This coming October 21, 2011, will see the second annual MartinGardner Worldwide Celebration of Mind. Last
year it had over sixty events around the globe to celebrate Martin’s
birthday and his legacy in recreational mathematics. People gathered in
informal groups to share puzzles, mathematical games, magic, and many
other topics that Martin loved so much.
We begin by sharing Earl Samuelson’s post on The Mathematics of Music on his blog. There is indeed a massive amount of mathematics occurring within music. It is present in the form of ratios,frequency modulations etc.
Guillermo Bautista  in his blog Mathematics and Multimedia explains to us what PowerSets are  with his post titled Milkshakes and Powersets and NerdMom at Frugal HomeSchooler shares various websites which offer help in Fractions.
The Institute of Mathematics and Computer Science IMACS give us an insight on how to keep talented girls on the STEM track.
Feanor’s post titled Divisive Diversions talks about divisibility problems and patterns from computing while John Cook presents Willie Sutton and the multivariate normal distribution — The
Endeavour posted at The
Endeavour. 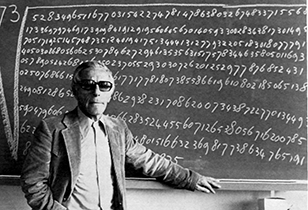 Ron Doerfler and Miles Forster from the Dead Reckonings Blog in his 2-part essay titled The 13th Root of a 100-Digit Number shows us a historical overview of the extraction of 13th roots,
including the methods used by a few mental calculators, methods that
largely rely on a mix of intensive mental calculation and large-scale
rote memorization. It demonstrates the creativity and drive of these
marvelous people.
Gianluigi Filippelli in his blog Doc Madhattan presents to us the story of the E8 group in the post the Universe and the flowers.
João F. Ferreira shares with us An improved proof of the handshaking lemma on his blog João F. Ferreira | Programming, Algorithms, and Calculational Mathematics. Brent Yorgey presents Some words about Post without words #2 posted at The Math Less Traveled.

And lastly, Alex Greene at the Vedic Maths Forum India Blog gives in detail, the Progression of Squares and Cube Numbers.